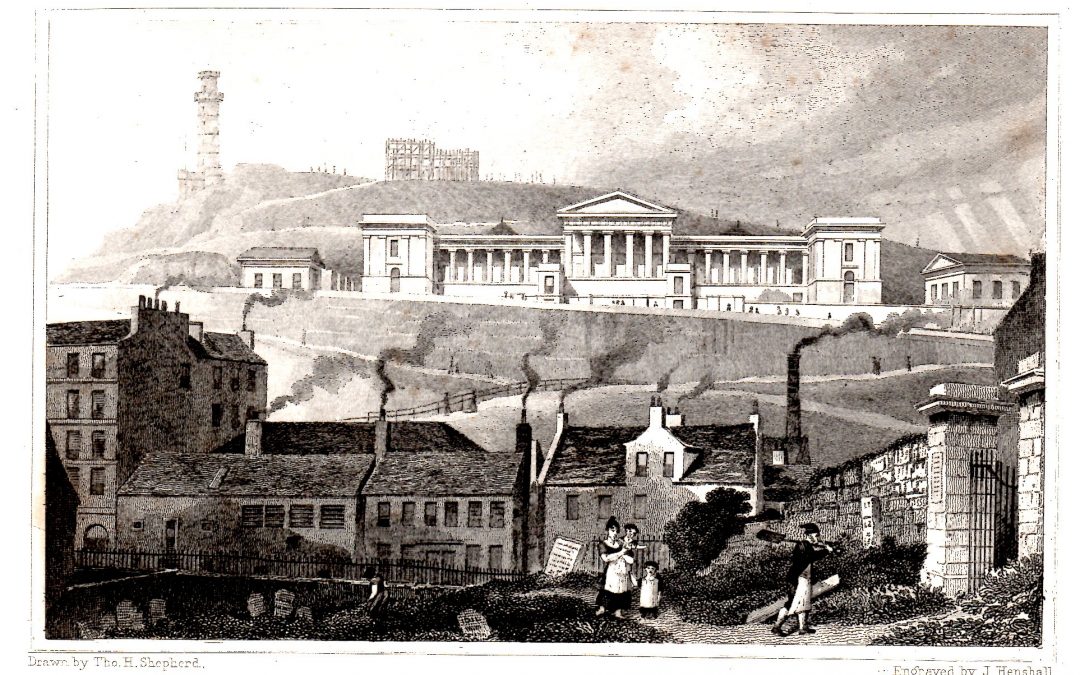 After five long years and SGLH’s objection to proposals for the change of use of and alterations to the former Royal High School Buildings and its Pavilions, now Category A-Listed, the welcome news arrived on 27 October that the Appeal by Duddingston House Properties and Urbanist Hotels against the City of Edinburgh Council’s decision to refuse planning permission had been dismissed.

The development would have seen two very large extensions added, one on either side of Thomas Hamilton’s 1825 building, dominating this skillfully designed prominent structure, positioned on the south face of Calton Hill and such a distinctive feature in this area of the city. The building lies within The New Towns Gardens Inventory garden and designed landscape, The Old and New Towns of Edinburgh World Heritage Site and the New Town Conservation Area.

Amongst the reasons Scottish Ministers cited for dismissing the appeal were the impacts of the proposals on the listed building itself, the conservation area, the World Heritage Site and on other heritage assets, and also townscape and visual impacts. Full details of the decision can be found at www.gov.scot/publications/planning-decision-alterations-and-extensions-to-former-royal-high-school-to-create-hotel-at-regent-road-edinburgh/

Scottish Ministers also agreed with the Reporters findings that an alternative proposal by the Royal High School Preservation Trust to redevelop the listed building and site as a music school could be a viable and achievable alternative for the building and its setting.