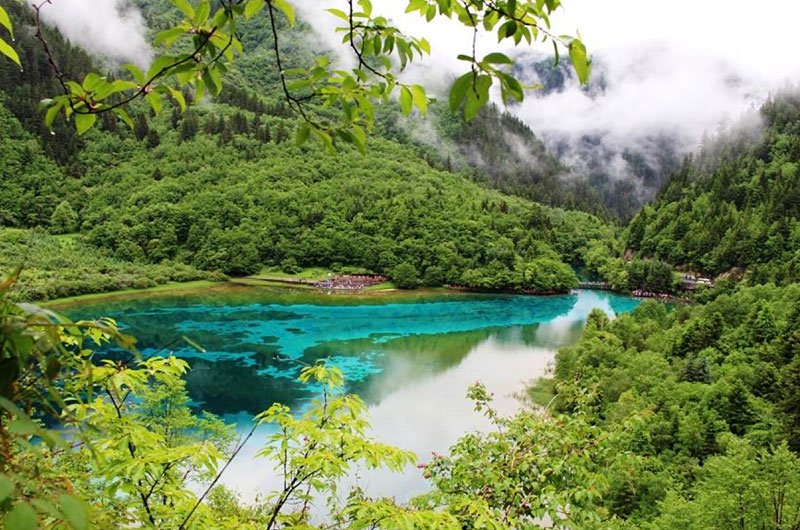 Back in June 2014, I joined a Royal Horticultural Society Plant Seekers trip to the Chinese provinces of Sichuan and Yunnan trip led by two eminent botanists, Jim Gardiner and Roy Lancaster, writes Theodora Stanning. This was a unique opportunity to visit a variety of botanically rich locations with environments varying from subtropical forest to subalpine/alpine landscapes and to see, examine and photograph some of the wealth of flowering plants that thrive in these locations.

We began in the bustling city of Chengdu and headed for Emeishan. This is one of China’s four sacred Buddhist mountains, with 76 monasteries and an arduous 50km long pilgrimage path to the summit. We travelled by bus and cable car through dramatic mountain scenery unable, alas, to stop and admire highlights like Cornus controversa, Cornus kousa var. Chinensis and Davidia involucrata, the handkerchief tree, in flower! With much persuasion on a return journey our driver did stop by the roadside to allow us to admire Cardiocrinum giganteum.

Our temple stops were thronged by vast numbers of Chinese tourists and we were all restricted by manned boardwalks and barriers. Because of their remoteness, the temple sites had escaped the worst depredations of the Cultural Revolution and in their gardens were rare and venerable plants.

A combination of inaccessibility and vigilance has aided the preservation of the mountain flora, and from the paths and sometimes a few steps beyond we were lucky enough to spot some remarkable specimens.

We flew to our next destination Huanglong Airport which lies at an altitude of 3,400 metres and, en route to Juizhaigou, made two brief roadside stops. At the first we saw, amongst many, exquisite yellow Meconopsis integrifolia, some maroon and lilac Primulas and blue and yellow Corydalis. The second stop, at a location visited by the eminent plant collector Ernest Wilson, was almost as exciting with red Meconopsis punicea, Daphne tangutica and Primula tangutica.

Juizhaigou National Park is an area of forest- fringed azure lakes and impressive waterfalls ringed by snowy peaks. The park is besieged by numerous visitors and is accessed by bus and boardwalk. We were assisted by the local tourist agency and visited a quiet forest area before joining the crowds admiring the waterways and falls. In the forest we saw Cypripedium tibeticum, Cypripedium franchetti and Paeonia veitchii, and alongside the waterways we passed numerous wonderful plants in flower including Deutzia longifolia and species of Actinidia, Abelia, Berberis, Lonicera, Philadelphus, and Rosa.

Leaving Juizhaigou we were prevented from making our scheduled forest stop because of a roaming rabid dog, but the avid botanists were placated by an extended garage stop where we found Androsace integra, Anemone geum, and Pedicularis semitorta growing between the terraced fields.

We returned to Huanglong via Songpan, a Tang Dynasty garrison town protected by eight metre high stone walls. The north and south gates, both mighty constructions, are topped by wooden pavilions and between them the covered Gusong Bridge has a roof embellished with traditional paintings.

We then headed south to Kunming, in Yunnan, known as the Eternal City, whose attributes were not fully recognised until exiles from the Cultural Revolution refused to leave and return home when pardoned. Our visit to the Kunming Botanical Garden was conducted by the director, a former RHS student well known to our tour leaders. He showed us round the collection of rare and endangered Chinese trees including Cathaya argyrophylla, known as ‘the giant panda of the plant kingdom’.

The Stone Forest at Shilin was a fascinating area of exposed limestone formations with its own wealth of plants and here we saw the evergreen Clematis armandii in the wild.

Our final destination was Lijiang, with its intricate network of wooden buildings, cobbled streets and canals. Now a UNESCO World Heritage Site it has become a real tourist black spot! A delightful contrast to its busy streets is Yuquan Park, with its ‘Black Dragon Pool’, pavilions and bridges, its collection of rare and unusual trees, and its iconic backdrop of the Jade Dragon Snow Mountain. 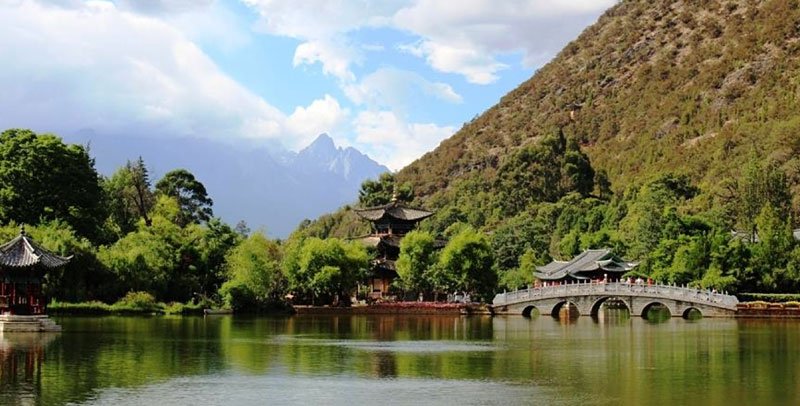 We spent two days on the mountain. The first was an extended walk through ancient mountain forest to overgrazed spruce meadows. The second took us to a more remote and less accessible upland dry glacial lake in Gang Ho Ba National Park. Despite the requirement of several permits and the accompaniment of extra guides and rangers, this was the best opportunity on the whole trip to experience the Chinese landscape and vegetation. 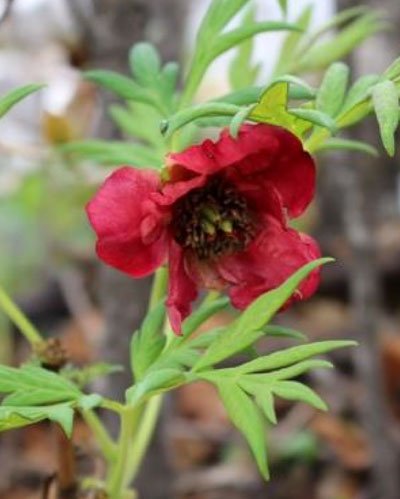 We walked up a forest road through Quercus guyavifolia, Quercus monimotricha, Pinus yunnanensis, Pinus armandii, Picea likiangensis and Corylus yunnanensis with an undergrowth of many of our familiar garden shrubs including species of Berberis and Rhododendron. On emerging into the dry valley slopes we found our timing to be good as Anemone demissa, Daphne calcicola, Incarvillea mairei, Iris barbatula, Paeonia delavayi and three species of Roscoea (cautleyoides, humeana and tibetica) were all in flower.

We returned home via Chengdu after a journey that was both botanically rewarding and, at times, frustrated by the rigorous control over access to areas of interest. In the long term, though, this control is likely to be critical to conserving an environment increasingly under pressure from mass tourism.